The opening chapter of Kleppman’s Designing Data-Intensive Applications book: Reliable, Scalable, and Maintainable Applications, addresses key concerns you should consider when designing distributed and data-intensive systems, in an insightful way. I believe anyone working on a distributed system will benefit from reading it. However, as not all of us may have the time (or will) to pour over the book, I’ve decided to share a quick summary of the key points Kleppman raises, as well as to offer some of my personal inputs with references to other literature and experts. 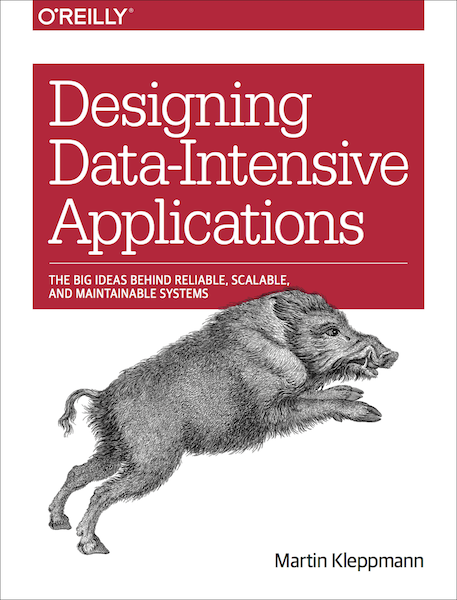 Reliability, Scalability, and Maintainability, the three characteristics that Kleppman opens with, are terms you might come across often. If you're not familiar with them, you may wonder: what are they and why are they important?

When building an application, we want it to work correctly, even when things go wrong.

"Anything that can go wrong will go wrong." - Murphy's law

The adage above can be applied to just about anything in life and applications are no exception. If we want our applications to be resilient during adverse conditions, we will have to design them with the expectation that things will go wrong. We can't blindly hope they won't.

When we declare an application system as working correctly, we typically mean that it is able to:

As it is impossible to design a zero-fault system, we should focus on preventing faults from causing failures instead. We do so by implementing fault-tolerance mechanisms.

When we design a fault-tolerant system, we will naturally consider how we can build it to tolerate hardware and software errors. We introduce hardware redundancy, such that if a hard disk fails, there's a backup which will take its place. We also write fault-tolerant code, such that a software fault would not cause the server to fail.

These errors aren't the only ones we should consider. We should also consider how we can prevent human errors. After all, we humans design, create and operate these systems.

"Even when they have the best intentions, humans are known to be unreliable." - Found on Page 9 of the book

We humans write the code, and decide what hardware to run our code on. We are responsible for all bugs and mistakes within our systems. Given that, it is important we ask ourselves often:

"How do we make our systems reliable, in spite of unreliable humans?" - Found on Page 9 of the book

To achieve that, we will need to design the system such that it:

As the load on our system increases, we want it to continue working correctly. To achieve that, we will have to design it such that it is scalable. Scalability describes a system's ability to deliver its expected functionality in spite of increased load. Given that there are many different types of load a system can have, it is meaningless to discuss whether the system is scalable or not. It is more productive to talk about whether it is scalable in a specific manner:

"If the system grows in a particular way, what are our options for coping with the growth?" - Found on Page 11 of the book

Before we can describe scalability, we will first need to define load. We can do so numerically by using load parameters.

A load parameter is a metric you can use to describe a particular load for a given system. Examples include requests per second for a web application, and the ratio of cache hits to misses. The load parameters you should focus on depends on the architecture of your system and your user requirements.

"An architecture that scales well for a particular application is built around assumptions of which operations will be common and which will be rare - the load parameters." - Page 18 of the book

After defining the load parameters of your system, you can now describe how increases in load affect the system:

To answer these questions, you would need to define performance metrics. Examples of such metrics include the throughput of a network protocol, and the response time of a web service.

Response time is a common and important performance metrics for online, distributed systems. There are many different definitions for it out there. In the context of online systems, it is typically defined as the time between a client sending a request to the system and receiving a response from it.

When you consider a system's response time, it is important to consider it not as a single value, the average (mean), but as a distribution of values, the percentiles. That's because the response time for requests varies a lot, and there are many outliers which are much slower. There are many reasons why this is so, here are some:

Given these reasons, the distribution of response time is asymmetric and significant outliers are common. This makes the mean much less representative of the response time than the median, also known as the 50th percentile.

The median also provides information about the distribution which the mean does not - if the median response time is 80ms, you can infer that half of the requests have a response time faster than 80ms, and also that the other half would be slower than that. You can't infer the same from an average response time, as it is not a middle value like the median.

You can check out the article Michael Kopp: Why Averages Suck and Percentiles are Great for more information on why the average response time is an inadequate performance metric.

You should also consider how slow the outliers are, by looking at higher percentiles such as the 95th and 99th percentile. These are the thresholds at which 95% or 99% of the requests are faster than that particular threshold. They're also commonly called tail latencies. It is important you consider these, because the users with the slowest response time are often those who have used the system most extensively.

Scaling to cope with increased load​

"An architecture that is appropriate for one level of load is unlikely to cope with 10 times that load." - Found on Page 17 of the book

If you want to maintain good system performance, when the load parameters increase, you would need to increase the resources. There are two ways of doing so:

There are tradeoffs between both approaches. A system running on a single, powerful machine is much simpler to develop and maintain than one on multiple machines. However, as you scale up a machine, it gets increasingly costly to do so, and scaling out becomes inevitable. You would need to find the right balance between both approaches if you want to achieve the most cost-effective and efficient outcome.

When building a system, we want to build it such that it is as easy to maintain as possible.

"It is well known that the majority of the cost of software is not in its initial development, but in its ongoing maintenance - fixing bugs, investigating failures, modifying it for new use cases, and adding new features." - Found on Page 18 of the book

We should design systems which are easy to operate, understand and evolve. To achieve that, we should follow these three principles when designing a system:

A system with good operability makes routine maintenance tasks easy, allowing the operations team to focus on higher-value contributions. We can achieve that by designing a system with:

As a system grows larger, so does its complexity. This makes the system harder to understand by those working on it, which is problematic in many ways, such as:

Moseley and Marks define two types of complexity in their paper Out of the Tar Pit:

While it is inevitable that a system becomes more complex as it grows, we can mitigate it by reducing accidental complexity. We can do so by keeping simplicity in mind when working on the system. One of the best and most common approaches to doing so is by implementing abstractions, which can hide a ton of implementation detail behind a simple-to-understand facade.

It is likely your system's requirements will change due to reasons such as:

The ease at which you evolve your system to meet the new requirements depends heavily on its simplicity. The easier it is to understand your system, the easier it would be to modify it.